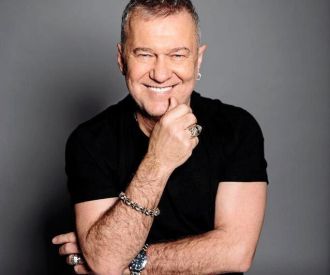 Having enjoyed an immensely successful solo career with 13 charting albums as well as being the lead vocalist with the rock band Cold Chisel who have achieved 13 charting solo albums, Scottish- Australian Jimmy Barnes has been hailed as one of the best-selling Australian artists of all time.

Born in Glasgow, Scotland, Jimmy Barnes then moved to Adelaide, Australia, with his family when he was only five years old. Barnes’ passion for music and singing was inspired by his older brother, who played the drums with Fraternity. In 1973, Jimmy Barnes joined the rock band Cold Chisel and became the lead singer. Following the launch of Cold Chisel’s Last Stand tour in 1983, Jimmy Barnes launched his solo career, releasing Body Swerve in 1984 which peaked at number in the Australian album charts.

Jimmy Barnes’ solo career took off at an exponential pace, leading to the release of countless chart-topping albums such as Freight Train Heart (1987), Soul Deep (1991), Heat (1993) and his more recent work including Rage and Ruin (2010) and My Criminal Record (2019). Having toured the world and performed at numerous festivals with various big names, Jimmy Barnes has also made a name for himself internationally and continues to be one of the most legendary singers Australia has ever seen.

To support his upcoming album Flesh And Blood released on July 2 2021, which will be his twentieth studio album to date, Jimmy Barnes is set to tour across Australia this July on his Flesh and Blood tour which also features several members of Jimmy’s family.

What are Jimmy Barnes’ biggest hits?


Jimmy Barnes' biggest hits include Working Class Man, No Second Prize, Lay Down Your Guns, Too Much Ain’t Enough Love, Good Times, Stone Cold, Lover Lover, I’d Die to Be With You Tonight, Ride the Night Away and When Something Is Wrong With My Baby.


What are Jimmy Barnes’ albums?


Jimmy Barnes is touring Australia in July 2021 following the release of his album.

Where is Jimmy Barnes from?


Jimmy Barnes was born in Glasgow and grew up in Australia.