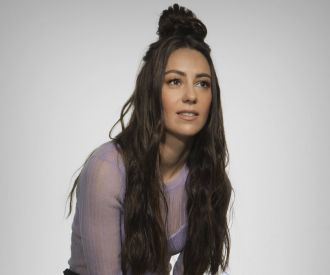 As the winner of eight ARIA Music Awards and 22 nominations which includes winning Best Pop Release, Amy Shark is without a doubt one of Australia’s most influential and talented indie singers! Known for her best-selling 2016 “Adore” which peaked at number 3 in the ARIA Singles Chart, Amy Shark regularly finds her much-loved music in the Australian charts!

Originally from the Gold Coast, Amy Shark, who went by Amy Cushway at the start of her career, released her first two extended plays ‘I Thought Of You Out Loud (2008)’ and 'Love’s Not Anorexic (2009)'. Amy Shark then went onto release several successful albums including 'Broadway Gossip' (2010), 'It’s a Happy City' (2012) and her most recent album Cry Forever (2021).

Having filled arenas with her heart-felt, acoustic ballads, Amy Shark has moved the hearts of many with her beautiful, emotive sound and there is nothing quite like experiencing her live in concert!

What are Amy Shark's biggest hits?

Amy Shark's biggest hits are Adore, I Said Hi, All Love Up, Weekends, Sink In, Psycho, Mess Her Up, Teenage Dirtbag as several other hits.

What are Amy Shark's albums?

What genre is Amy Shark's music?

When did Amy Shark begin her music career?

Amy Shark began her music career in 2008 with the release of I Thought Of You Outloud.

How many awards has Amy Shark won?

Where is Amy Shark from?

Amy Shark is originally from the Gold Coast.

What is the name of Amy Shark's first album?

Amy Shark's first album is called I Thought Of You Out Loud (2008).

When was Amy Shark born?