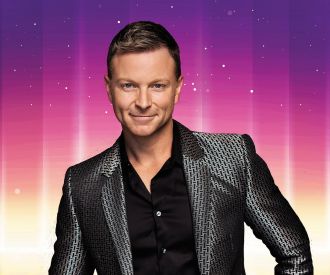 National treasure and one of Australia’s most loved performers Tim Campbell has consistently enthralled the world with his world-class entertainment! From starring in Home and Away to coming third in Dancing with the Stars, he is a man of many talents and never fails to disappoint!

Yet his talents do not stop there: Tim Campbell has also branched out to music with his album High School Disco which made it into the ARIA top 30 and Itunes top 10 album High School Disco which enthralled audiences around the country. Tim Campbell has also released his sophomore album Electrifying 80s on his new record label Encore Records and debuted at No.! on the Australian Independent album and label charts.

Put on your leg warmers and dancing shoes to experience Tim Campbell live in concert with his high-energy performance, Electrifying 80s Live in Concert! Covering classic pop songs such as WHAM!, MAdonnas and Michael Jackson as well as hits from his most recent album, Electrifying 80s- Blue Light Disco, this will certainly be a night to remember and transport you back to the 80s era!


Tim Campbell is performing his Electrifying 80s Live in Concert tour at the Palms at Crown Melbourne from September 2011 and some other tour dates are yet to be announced.


What are Tim Campbells albums?

What are Tim Campbells’s songs?


Tim Campbell’s songs and covers include What I Like About You, You Spin Me Round, Play the Funky Music, Especially For You.

Which television shows has Tim Campbell appeared on?


Tim Campbell’s television appearances include Home and Away, Heartbreak High, Police Rescue, the Day of the Roses and Wildside.

Where is Tim Campbell from?

Tim Campbell is from Sydney, Australia.

When did Tim Campbell begin his career?


Tim Campbell began his television career in 1993 when he first appeared on Home and Away.

Which films has Tim Campbell appeared in?