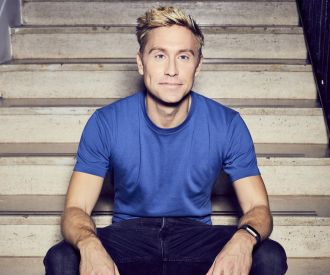 British comedian Russell Howard has earned international acclaim with his wit and cheeky sense of humour! A natural stage performer who is renowned for putting the world to rights on stage, Russell Howard rose to fame in the international comedy world after embarking on his 2017 Round the World tour where he spread his charm globally!

An iconic television personality, Russell Howard is known for his hilarious TV show Russell Howard’s Good News as well as his incredible hit Sky One show The Russell Howard Hour and his Netflix special Recalibrate. Other Russell Howard appearances include Mock the Week, Never Mind the Buzzcocks and 8 out of 10 Cats. If you are a fan of his TV shows, there is nothing quite like experiencing Russell Howard live!

After several covid tour cancellations in 2020, Russell Howard has been able to finalise his brand-new tour, Recalibrate, which he embarks on in 2021/2022 and he is visiting most countries including Australia, America and the UK. If you have watched Russell Howard extensively on the TV screen, there is nothing quite like experiencing the legendary comedian live in concert!

After several cancellations, Russell Howard has rearranged his Australian tour which begins in July 2021

When did Russell Howard begin his career?

Russell Howard began his career in 1999.

Which television appearances has Russell Howard made?

Where is Russell Howard from?


Russell Howard is originally from Bristol.

What type of genre of humour is Russell Howard?

Which awards has Russell Howard’s won?

Russell Howard has been nominated for several awards including ‘Best Theatre Show’ at the 2009 Chortle Comedy Awards.