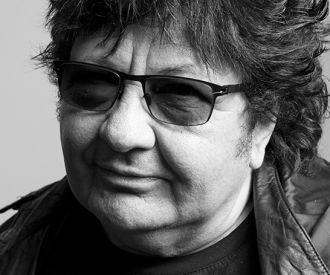 1NOTE: approximate address. The only address that is completely valid is the one shown on the tickets
1
Follow
Why?

An ARIA Hall of Fame inductee, the iconic Richard Clapton is without doubt one of Australia’s most phenomenal artists and has amazed the world with his endless legendary hits. Celebrated for his hits such as “I am Island” (1982) and “Girls on the Avenue” (1975), Richard Clapton has been putting out show-stopping hits for over thirty years and reached the top 20 on the Albums Chart several times.

Starting his career in 1965 in Sydney, Richard Clapton did not gain international acclaim for his first album “Prussian Blue” and emerged as a prominent artist in the early 1970s with the release of “Girls on the Avenue” in 1975. Clapton then went onto release several other extraordinary albums including Main Street Live (1976) and Goodbye Tiger (1977).

For a brief period, Richard Clapton joined the Party Boys in 1983 and then went onto release other solo albums including his solo album Solidarity which he released in 1984. Having extensively toured the world on both a national and international scale, Richard Clapton is unbelievable to experience live in concert!

Following the release of his successful new album Music is Love (1966-1970), which has debuted at #3 on the ARIA Album Chart in April 2021, Richard Clapton has announced a nationwide tour and is visiting most major cities including Melbourne, Brisbane, Thirroul, Sydney, Adelaide and Perth. In the first half of the tour, expect hits from his Best Of album as well as all his timeless classics!

What are Richard Clapton’s greatest hits?


Richard Clapton’s greatest hits include “I am Island”, “Girls on the Avenue” , “Glory Road”, “Goodbye Tiger”, “The Best Years of Our Lives”, “Deep Water” and several other hits.


What are Richard Clapton’s albums?

Is Richard Clapton going on tour in 2021?

Richard Clapton is going on tour in 2021 and is visiting Melbourne, Brisbane, Thirroul, Sydney, Adelaide and Perth.

What genre of music does Richard Clapton produce?

Which awards has Richard Clapton won?


Richard Clapton has been placed in the ARIA hall of fame.

Where is Richard Clapton from?


Richard Clapton is from Sydney.

Ciara Adams
Good A legendary singer I love him!