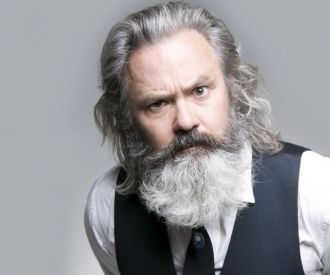 A legendary comedian, actor, writer and director, Paul McDermott is undoubtedly one of Australia’s most acclaimed television personalities! Having enthralled audiences for over 40 years, Paul McDermott is most known both for Good News Week and for being a member of the musical comedy group the Doug Anthony All Stars (DAAS).

Originally from Adelaide, Paul McDermott began his busking in 1985 and broke into comedy when he joined the Doug Anthony All Stars group in 1986 which achieved success at the 1986 Adelaide Fringe Festival as well as appearing regularly on the ABC show the Big Gig.

After the comedy group broke up in 1995, McDermott embarked on a solo career and started hosting the Good News Week, as well as several other television shows including Room 101, Strictly Dancing and the Sideshow. He has also presented several successful stand-up comedy shows , including Comedyoscopy, and is known for his honest, grotesque sense of humour.

From June 2021, Paul McDermott is embarking on a national tour and the first stop is Anita’s Theatre in Thirroul. Produced by Rhinestone Rebel Presents, Paul McDermott will be accompanied by Glenn Moorhouse in this spectacular show of comedy and wonder!

Paul McDermott: Plus One

Paul McDermott - Oops I Did It Again (Better AV Quality)

Paul McDermott - Plus one Live at Anita's