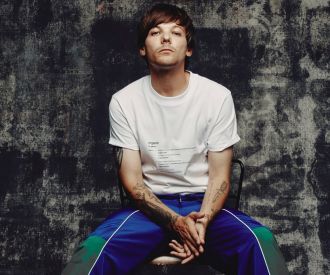 Having achieved over one billion streams as a solo singer and sold over one million records as a member of One Direction, pop sensation Louis Tomilnson is undoubtedly one of the hottest pop artists of the minute! Known for his electronic pop sound, there is nothing quite like experiencing his joyous music live in concert!

Originally a member of the British boy band One Direction, Louis Tomlinson has gone on to take the British music industry by storm with his solo career after the group’s hiatus. In December 2016, Louis Tomilson’s debut single “Just Hold On” made it to number two in the UK singles chart and in 2017 his single “Miss You” with America singer Bebe Rexha was certified platinum in 2018. Since then, Tomilson returned to where it all began and became a judge on X Factor, as well as releasing several successful singles, including Two Of Us, and a debut album “Walls” in January 2020.

Following the release of his upbeat new single "We Made It", Louis Tomlinson embarks on an extensive world tour in 2021 and makes a stop in Australia! Fusing electronic pop sounds and nostalgic indie influences from his teen years, "We Made It" is an exciting new album which you can catch live from June 2021!

What is Louis Tomlinson's biggest hit?

Just Hold On is Louis Tomlinson's biggest hit according to the Official charts. However, Back to You and Just Like You were also very sucessful.

What are Louis Tomlinson's albums?

Louis Tomlinson only has one album so far, his debut album "Walls" which he released in January 2020.

What genre of music is Louis Tomlinson?

Louis Tomlinson's sound is rooted in pop with some electro-pop incluence.

When did One Direction break up?

One Direction took an indefinite hiatus in March 2015 when Louis Tomlinson left.

When is Louis Tomlinson touring to Australia in 2021?

From June 2021, Louis Tomlinson is touring to most major Australian cities.

When did Louis Tomlinson begin his solo career?

Louis Tomlinson began his solo career in 2016 after One Direction broke up.

Where is Louis Tomlinson from?

Louis Tomlinson is from Doncaster.

Has Louis Tomlinson won any awards?