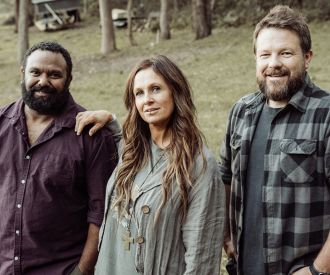 Undoubtedly one of Australia’s most high-profile country singers, Kasey Chambers is originally from Mount Gambier and began her music career in 1976. With over twelve studio albums reaching number 1 in the ARIA Albums charts, including Barricades and Brickwalls (2001) and Wayward Angel (2004),Kasey Chambers and the Busby Marou have undoubtedly become a national treasure.

Known for their unique blues and roots sound, Busby Marou broke into the Australian music scene in 2007, hailing from Roehampton, Queensland. Consisting of members Thomas Bubsy and Jeremy Marou, the pair have released several successful albums, including their third studio album, Postcards from the Shell House, which debuted at number 1 in the ARIA charts, as well as achieving Blues & Roots Work of the Year at the APRA Music Awards in 2012.

What are Kasey Chambers’ biggest hits?


What are Bubsy Marou’s biggest hits?

Bubsy Marou’s biggest hits include Best Part of Me, Naba Norem, Sound of Summer, Got Your Back.

What are Kasey Chambers’ albums?

What are Bubsy Marou’s albums?

Are Kasey Chambers and Bubsy Marou going on tour?

Where is Kasey Chambers from?


Kasey Chambers is from Mount Gambier.

Where is Bubsy Marou from?

Bubsy Marou is originally from Roehampton.

Kasey Chambers & Busby Marou are coming to QPAC in October!