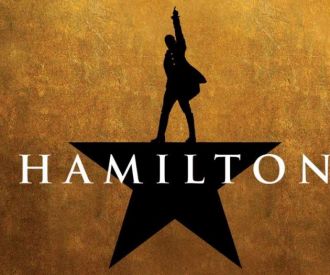 1NOTE: approximate address. The only address that is completely valid is the one shown on the tickets
8
Follow
Why?

Renowned for its captivating story-line, mesmerising hit musical score and dazzling choreography 11 time Tony award-winning hit musical Hamilton is taking a visit down under! A timely representation of immigrant inclusiveness, Hamilton has turned the tide of musical history with its unique and ground-breaking fusion of rap, soul, hip-hop and more traditonal numbers which is rapped and sung by the cast.

Brought to us by Lin-Manuel Miranda, Hamilton first wowed the world in 2015 when it premiered on Broadway where it smashed the box office and then went on to conquer the West End. In 2020, the live stage performance reached people’s living rooms on screen, making it even more of a cultural phenomenon than it already is.

Based on the biography of Alexandra Hamilton, an orphaned American found father who moves to New York in search for a better life, Hamilton tells the story of his journey as a penniless to power with the backdrop of the American War of Independence. A witty, emotive and enthralling musical production, Hamilton will leave you laughing, crying whilst also reflecting on America’s past, present and future.

When the orphaned Alexandra Hamilton moves from the Caribbean to New York in 1766 in search for a more prosperous life, he first seeks out Aaron Burr along with three other revolutionaries, John Laurens, Marquis de Lafayette and Hercules Mulligan. A determined revolutionary who impresses the others with his rhetorical skills, Hamilton is eager to take the United States away from the British forces.

A compelling journey which follows Hamilton all the way to becoming George Washington’s right-man and the first Secretary of the Treasury of the United States whilst also falling deeply in love, Hamilton is a tale of a charismatic protagonist's rise to power in search for the American Dream, which is still relevant today!

These ticket prices may vary depending on when you decide to go and the demand for that night.

Hamilton tickets at the Sydney Lyric Theatre can be purchased both online and in person and over the phone.

If you are looking for cheap tickets, there are discounted rates for bookings for groups of 10 with prices of $185 for Tues, Weds, Thu and Sun performances at 6.30pm and on school holidays.

Groups of 10+ are at $200 for Friday Eve, Saturday Mat & Eve and Sunday Mat during the schools holidays. Please visit the website for more details.

There will be a lottery for a number of £10 seats on the TodayTix app which you must download.

If you are looking for more reasonably priced tickets in the Sydney Lyric Theatre, these can be found in the Grand Circle which provide slightly further away and restricted views of the stage, but you can still experience the action.

If you have any access enquiries please call the Sydney Lyric on (02) 9509 3600 or email access@foundationtheatres.com.au.

The Star Car park has lifts from the car park and you can walk through the cafe to the cafe court and there is a ramp entrance outside the Sydney Lyric .

Transfers are available in Row P and Q of the Stalls. If you wish to stay in your wheelchair, then please stay in Row P. The Stalls is the best area for those with limited mobility and there is ramp access available at Doors 13 & 18.

What is the running time for Hamilton Australia?

The running time is 2 hours 45 minutes.

What is Hamilton about?

Hamilton the Musical follows the incredible journey of Alexander Hamilton; a West Indian immigrant who moves to New York in 1766. Known for his charisma and revolutionary spirit, Alexander Hamilton becomes George Washington’s right-hand man and the musical is based on his life, one of the Founding fathers.

Which songs are in Hamilton the Musical?

The main songs on Hamilton the Musical soundtrack are “Alexander Hamilton” “Aaron Burr, Sir”, “My Shot”, “The Story of Tonight” “The Schuyler Sisters” “Farmer Refuted” “You’ll Be Back” “Right Hand Man” “A Winter’s Ball” “Helpless” “Satisfied” “The Story of Tonight” as well as many others as the musical rapped by the cast.

Who is in the Hamilton Australia 2021 cast?


Who are the main characters in Hamilton the Musical?

Where is Hamilton the Musical showing in Australia?

It is showing at the Sydney Lyric Theatre.

Who wrote Hamilton the Musical?

Lin- Manuel Mirranda wrote Hamilton the music and lyrics as well as a book to go with it.

When did Hamilton the Musical first premiere?

Hamilton the Musical premiered at the Public Theater Off-Broadway on the 17th February 2015.

What book is Hamilton the Musical based on?

Hamilton the Musical is based on historian Ron Chernow’s 2004 biography Alexander Hamilton.

Vanessa Lyons
Good One of the best and thought provoking musicals ive ever seen!

Erin Helmes
Good The Best musical of all timeeee

Evie Peters
Excellent Everyone should see this musical. For their education and enjoyment!

Usuario Taquilla
Excellent The best musical of all time. The musical score is phenomenal.

Kim Smith
Excellent A sensational musical. Addresses so many current issues in such an original way.

Lena Johnson
Excellent I saw Hamilton in London and it is without a doubt the best musical Ive ever seen.