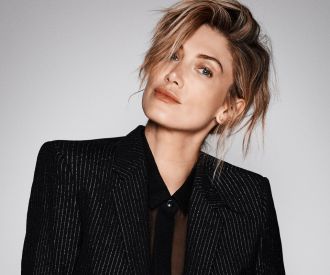 Crowned the highest-selling female Australian artist in 2016, the incredible Delta Goodrem does not stop wowing the world with her countless achievements including nine #1 singles, four #1 albums, 12 ARIA Awards as well as three World Music Awards!

Born in Sydney in 1984, Goodrem’s music career really took off in 2003 with the release of her beautiful, ballad-based debut album “Innocent Eyes” which was a multi-platinum seller in Australia, New Zealand and the United Kingdom.

Goodrem then exploded into the international music scene, performing multiple shows and releasing further five studio albums including her most recent album “Honestly I Love You”, which she released in 2018. In terms of her career, Goodrem has sold approximately 2 million singles and her album sales have exceeded eight million.

Following the Covid-19 pandemic and associated restrictions, Delta Goodrem has had to postpone her Don’t Miss the Bridge Over Troubled Dream tour to September/October 2021. Experience Delta Goodrem’s incredible vocals live in concert and expect hits from her new album as well as her old material.

What are Delta Goodrem’s biggest hits?


Delta Goodrem’s biggest hits include “Born To Try”, “Lost Without You”, “Sitting On Top Of The World”, “Wings”, “Enough”, “Almost There” and “Dear Life”.


What are Delta Goodrem’s albums?

Where is Delta Goodrem from?

Delta Goodrem is from Sydney.

When did Delta Goodrem begin her music career?

Delta Goodrem began her music career in 1984.What

What style of music is Delta Goodrem?

Which awards has Delta Goodrem won?