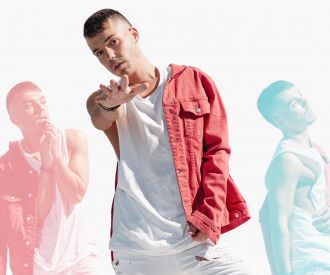 As the winner of countless ARIA awards, there is no doubt that pop-idol runner up Anthony Callea has become something of a pop music sensation and national treasure with his versatile range and hard-hitting power ballads which have moved hearts around the country!

After gaining recognition on the 2004 Australian pop idol, Anthony Callea released his debut single, his cover of Celine Dion and Andrea Bocelli's “Prayer” which was held at no1 for five weeks on the ARIA Singles Chart. Since then, Anthony Callea has released several successful singles and albums including his debut self-titled album, A New Chapter (2006), Thirty (2013) and Backbone (2016).

Having filled arenas and festivals with his engaging shows and beautiful vocals over the course of his 16 year long career, there is nothing quite like experiencing iconic entertainer Anthony Callea live in concert who brings hope, joy and laughter to the stage!

Following the challenging year of the pandemic, Anthony Callea has announced a national tour where he hopes to bring people together and spread some joy in his ‘Together Again’ tour which he has announced for 2021. Accompanied by the full band on stage, expect hits from the star which you can sing-along to all night long and enjoy live music from one of Australia’s most legendary pop artists!

What are Anthony Callea's biggest hits?

What are Anthony Callea's albums?

Which awards has Anthony Callea won?

What style of music is Anthony Callea?

When did Anthony Callea begin his career?

Where is Anthony Callea from?

Anthony Callea is from Melbourne.

Which labels is Anthony Callea associated with?

No, Anthony Callea was the runner up on pop idol in 2004.

Whats Wrong With Me? Anthony Callea